Can anyone find me a Cricket Jersey?

So it is our final day in India. For the past few days we've been on a mission to find a cricket jersey for Harry with no luck. At the hotel, and I'm not exaggerating, there are 6 channels with cricket on. Yet it is impossible to find a jersey! We've had every guide on the look out. They've been calling around, calling ahead and no luck.  We even had our driver pull over at the Adidas store to take a look. Still nothing. Ugh. If you want to be rich, start selling cricket jerseys in India!

We woke up at 5am to watch the sunrise over the palace in the lake. It was an absolutely stunning view with the crescent moon and Venus in view. 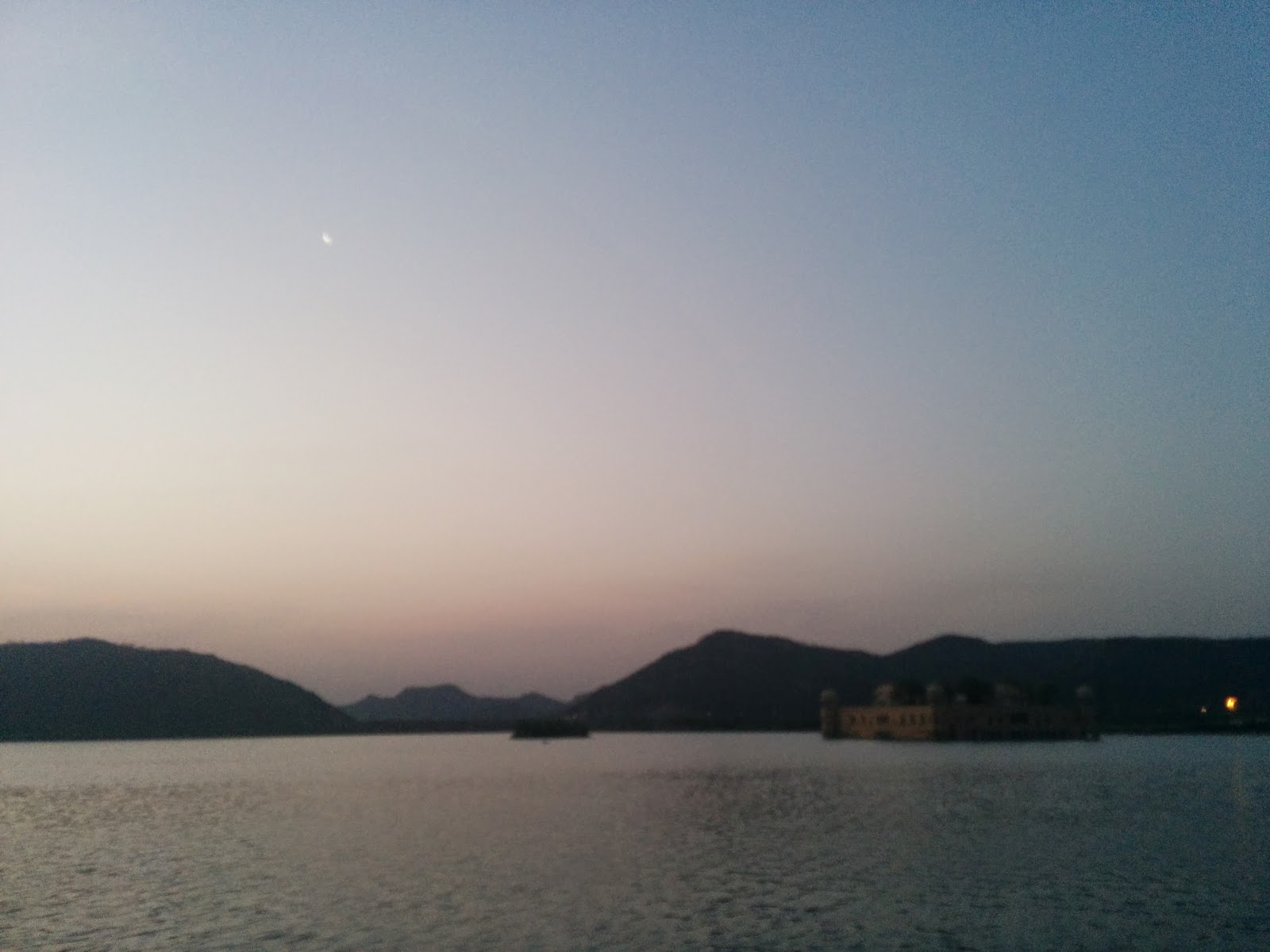 We began our tour of Jaipur by going to the Amber Fort. As we got out of our car we were greeted by a snake charmer. 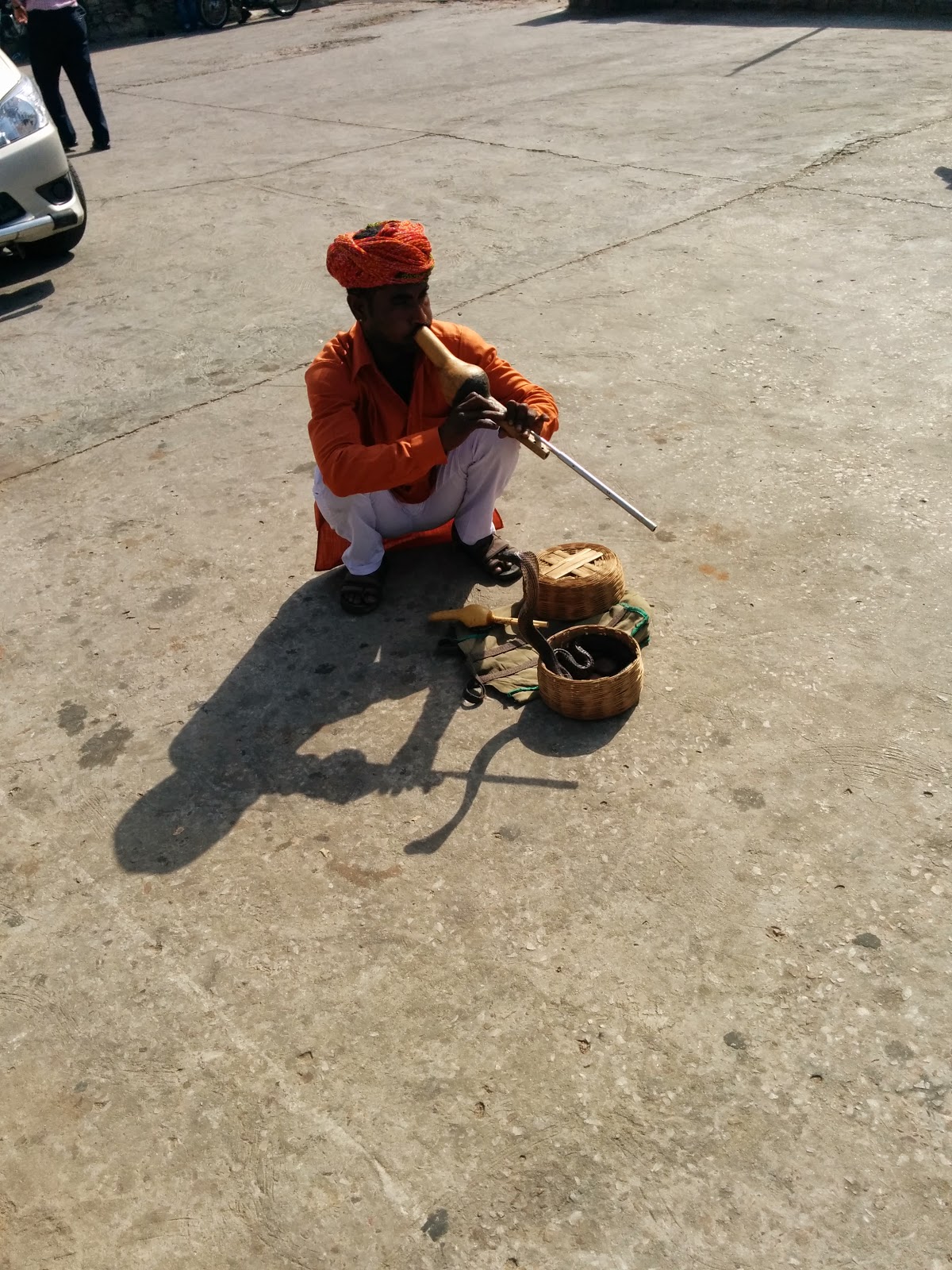 Next up we went to the Amber Fort. We road elephants up to the top! 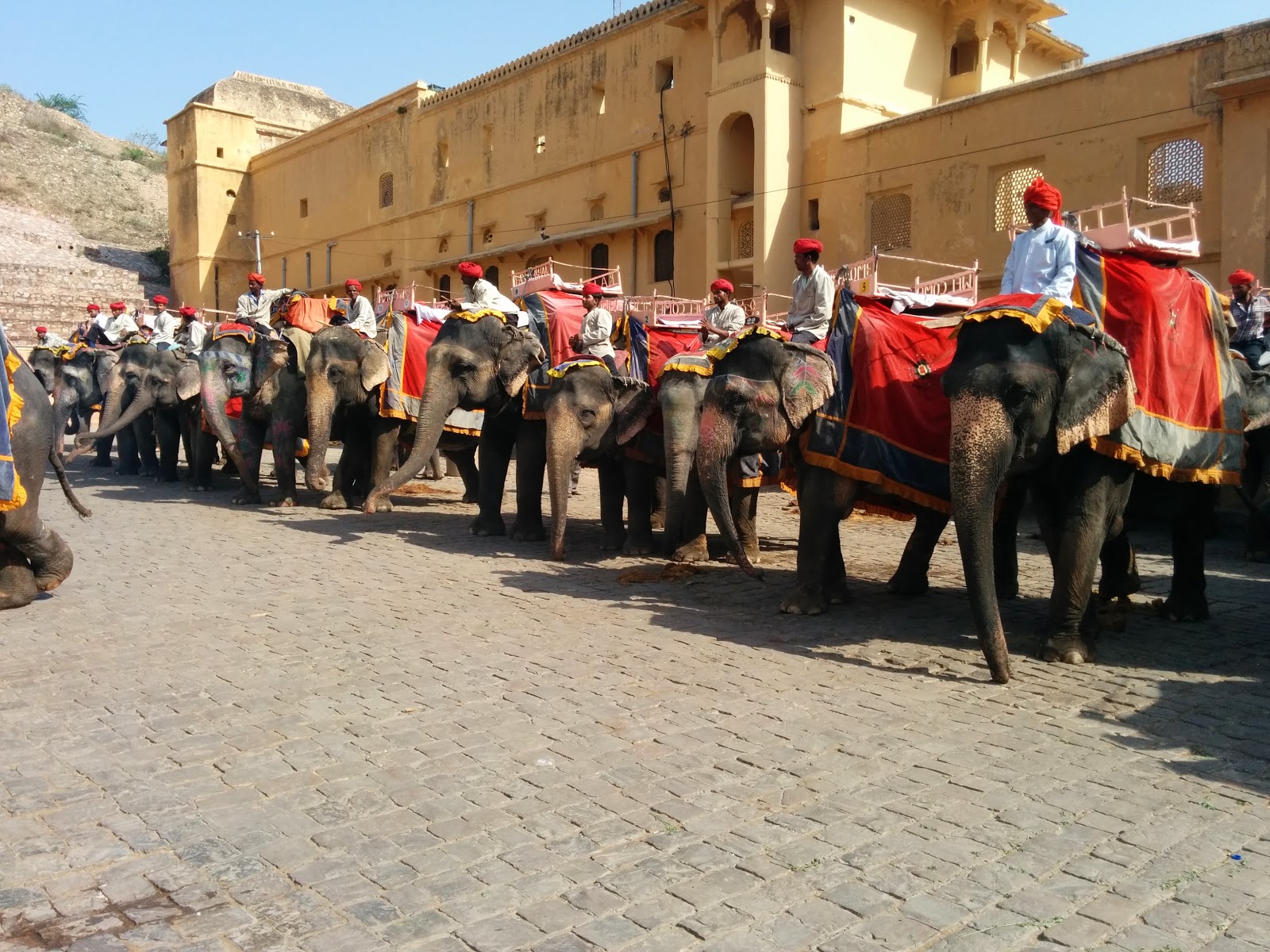 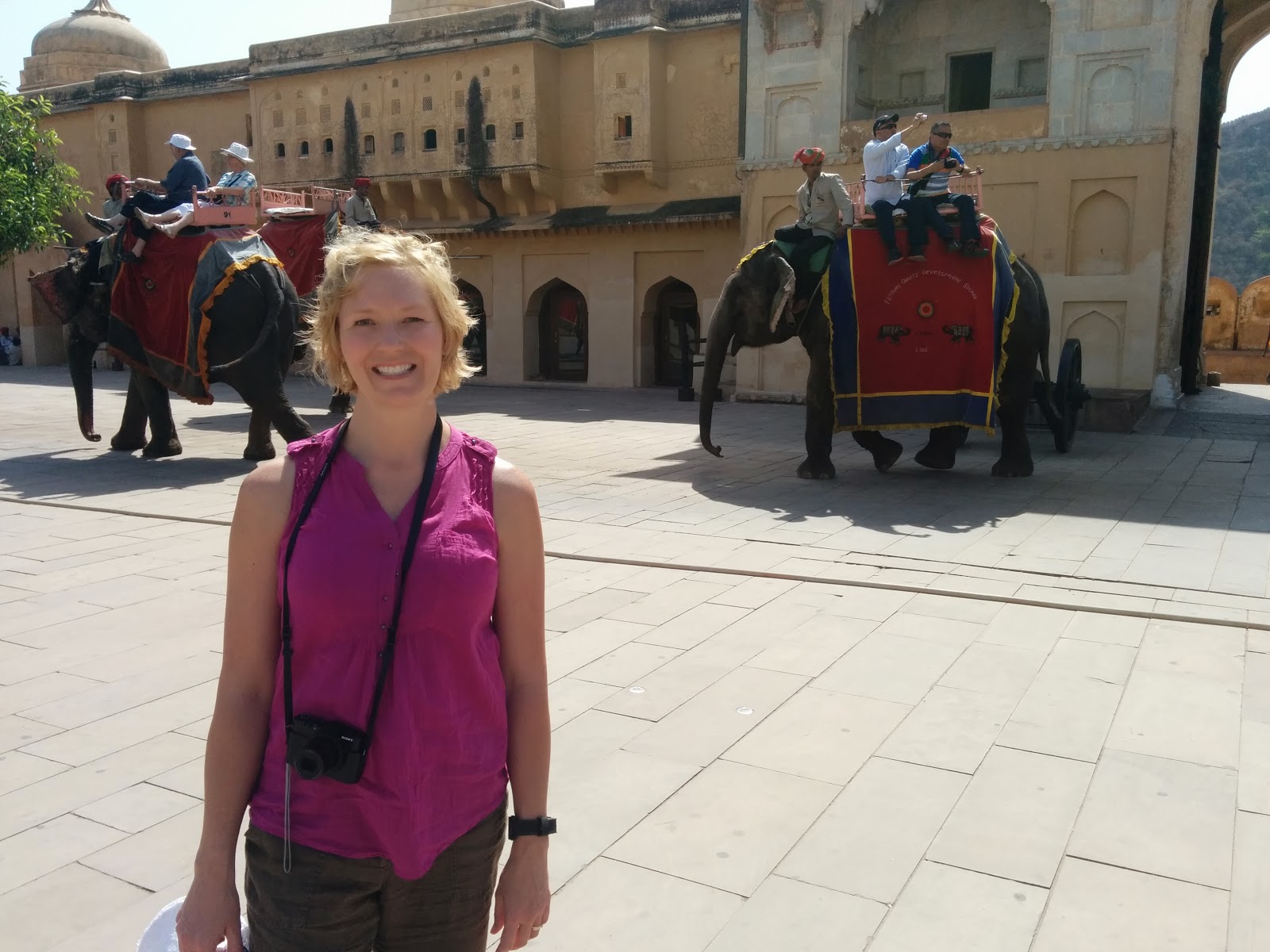 The Amber Fort is a palace above the city of Jaipur where the Maharaja lived. The entire village around the fort is surrounded by the fortified wall. The intricate control of water was to both supply the fort against siege but also to assist in cooling the palace in the summer. The design of the fort is beautiful. 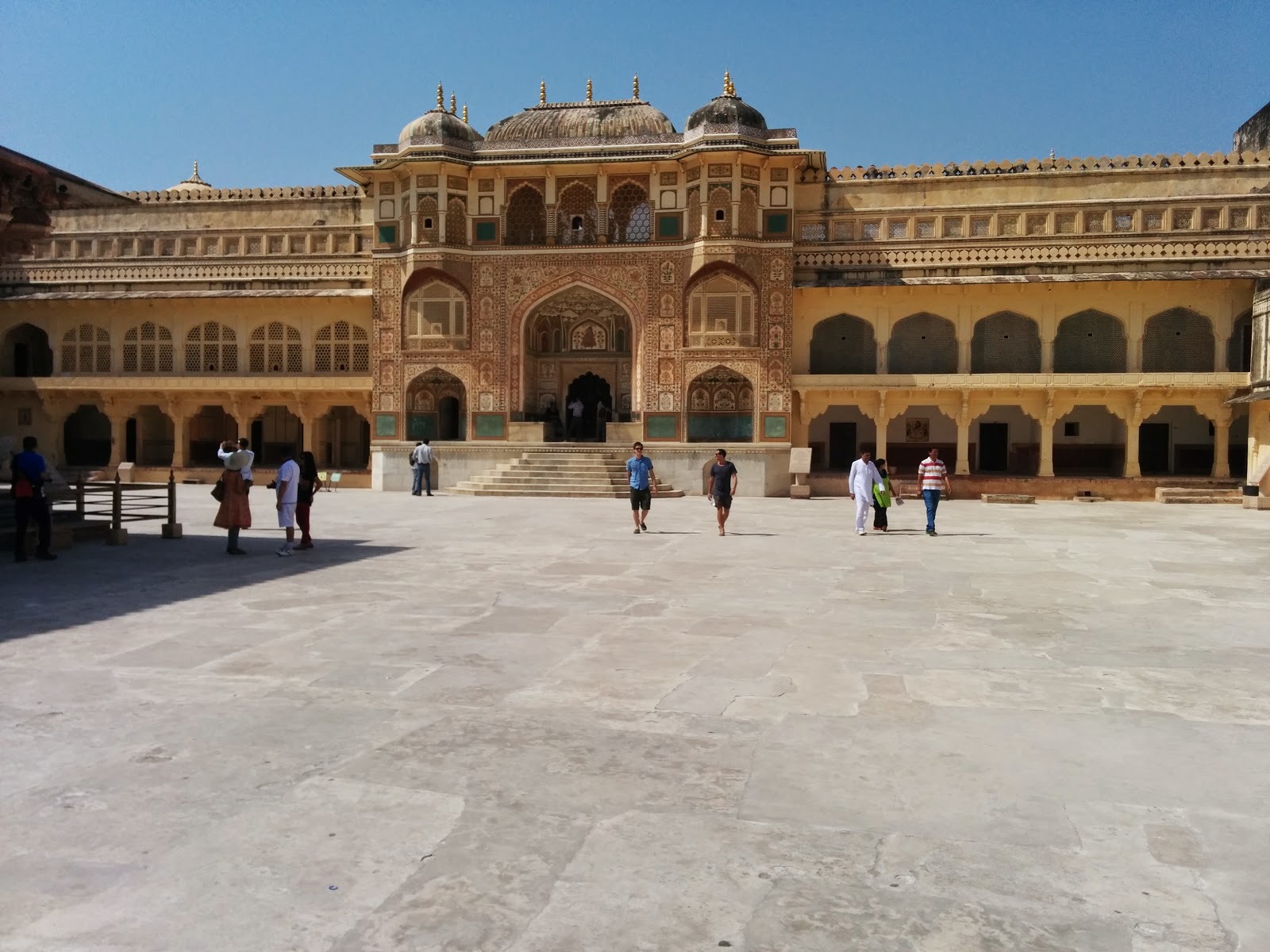 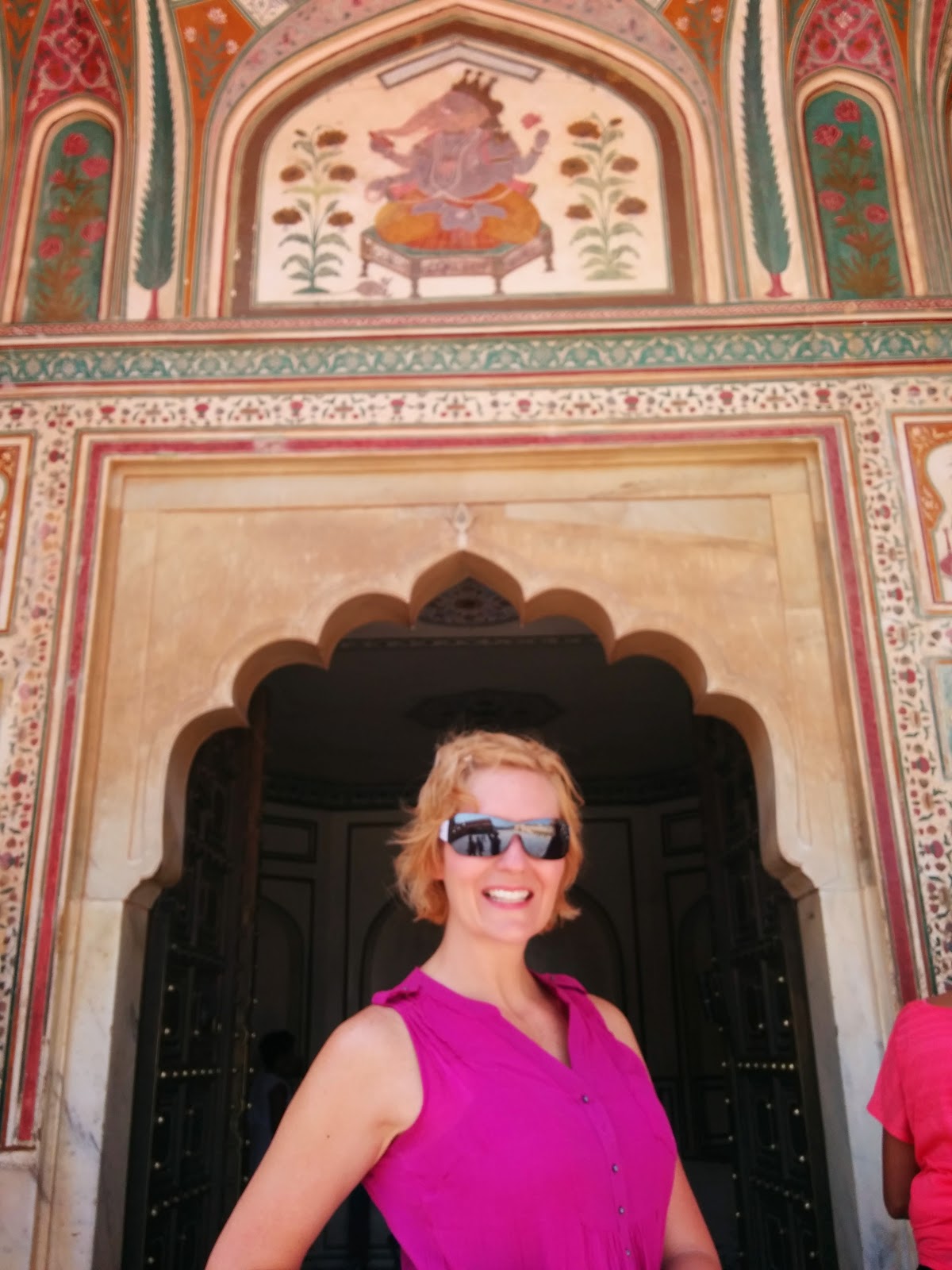 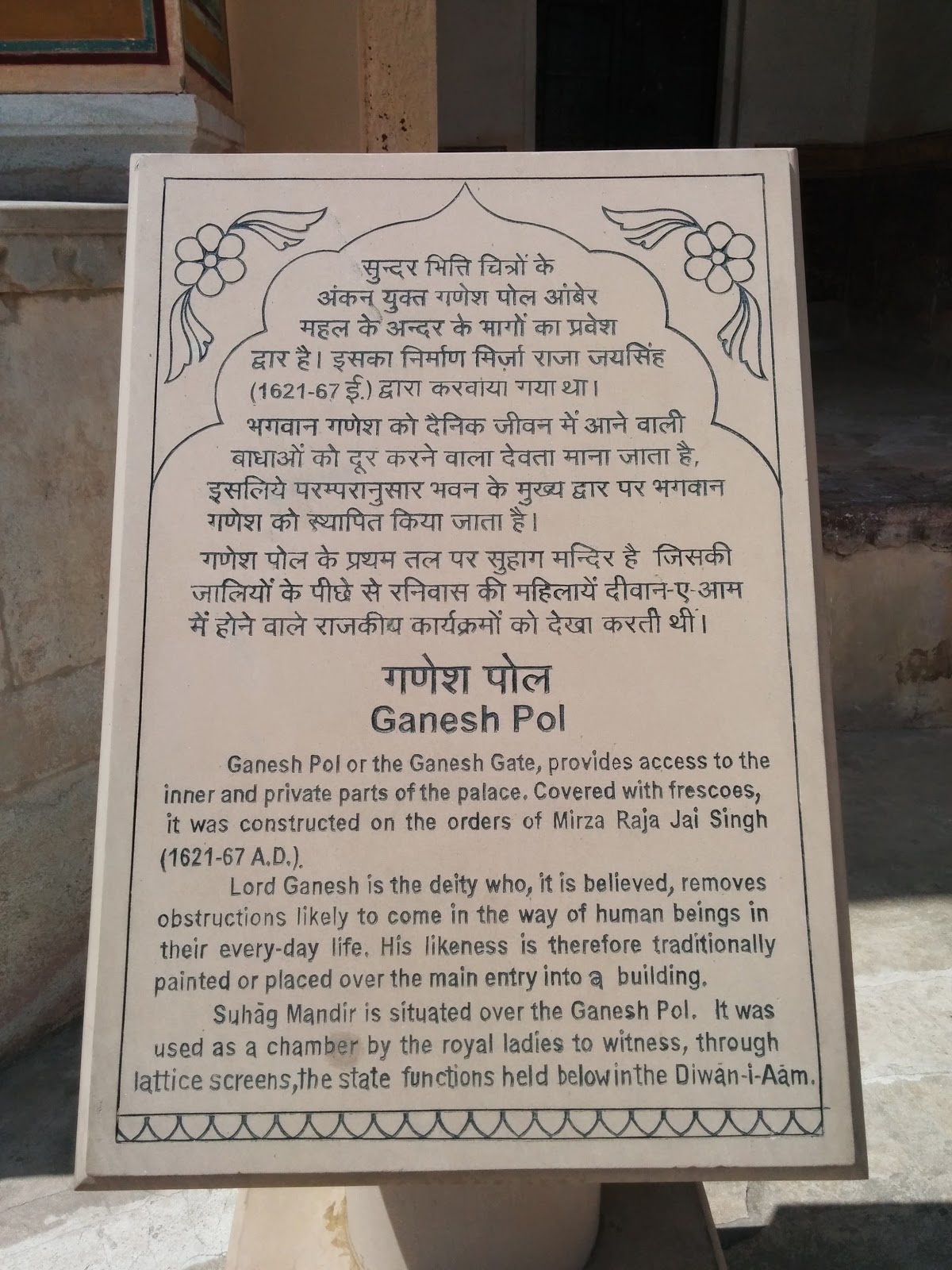 As in many places the entrance to the palace is topped by Ganesh. Of the many places we've seen the Amber Fort might be the best preserved, particularly with the paintings inside the palace. The paintings were done as frescos with natural organic paints with the colors derived from plants and other organic compounds. The most impressive area though would be the mirrored palace chamber. 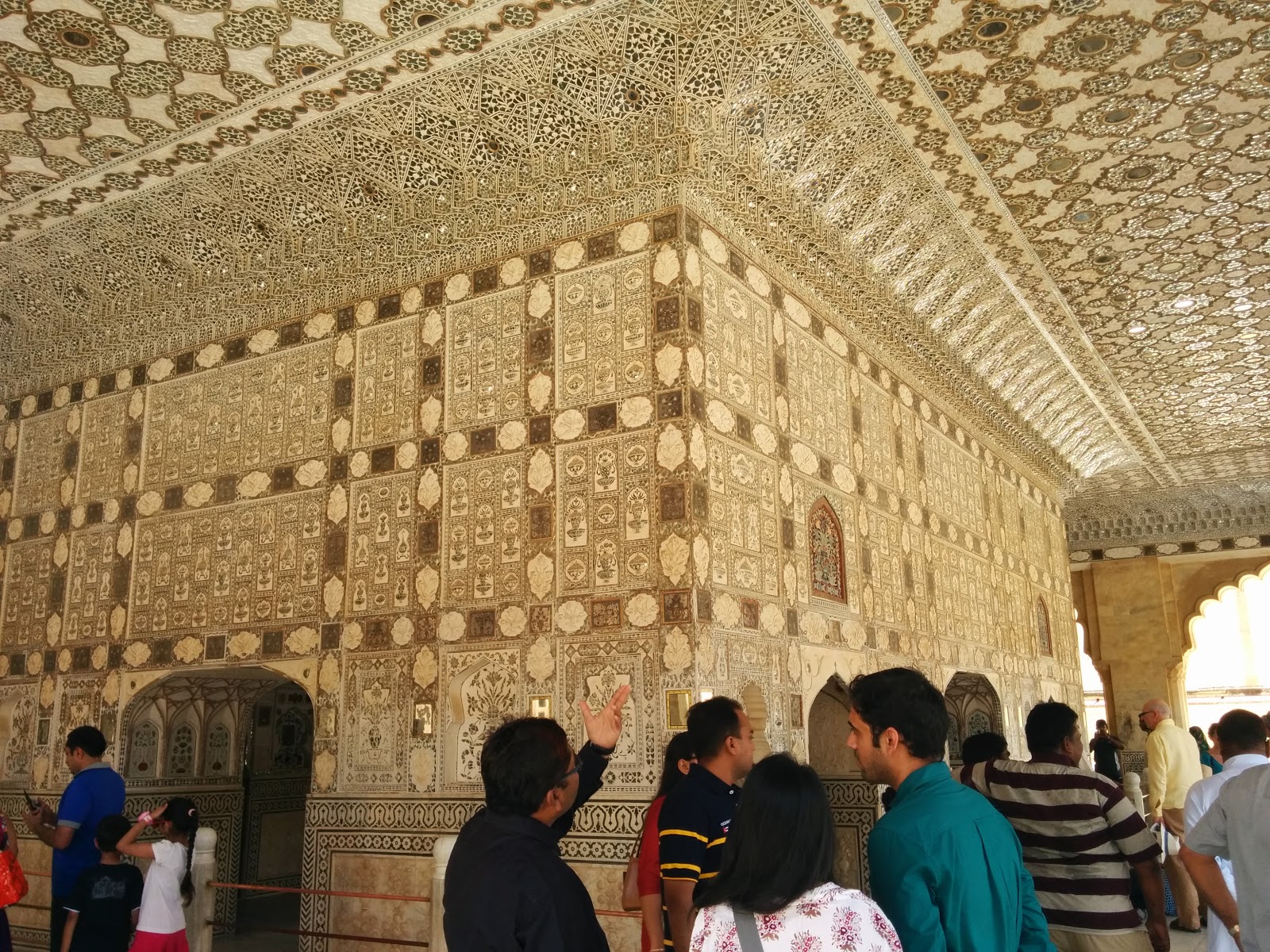 After the Amber Fort we stopped at a carpet co-operative. The families that carry on this hundreds year old tradition are true artisans. As they were in the past they still are illiterate, unable to read and write, yet they can memorize the entire pattern of the carpet with the help of a song. Each person has their task in the carpet co-op; men weaving and women knotting the fringes. 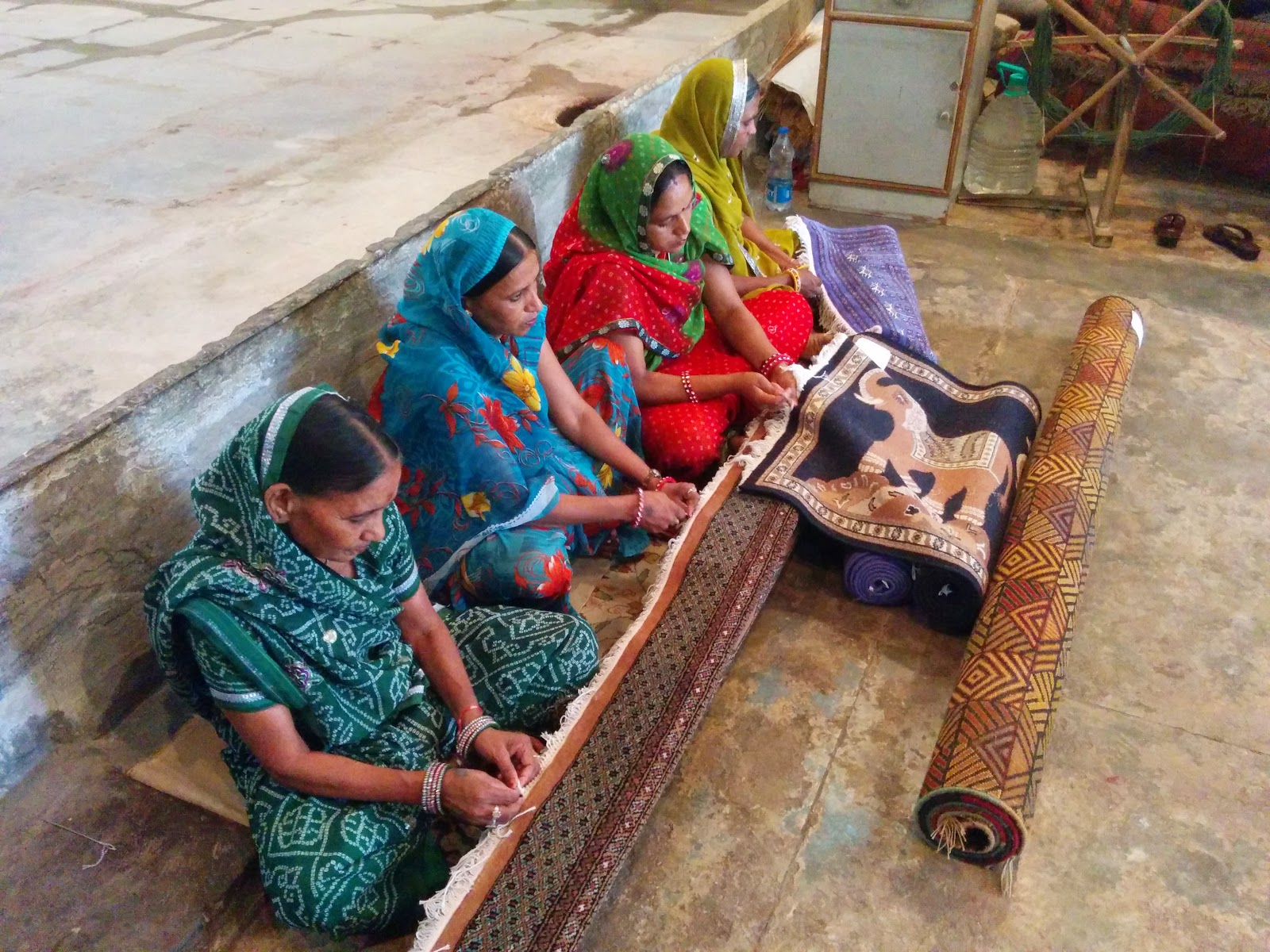 Next up was lunch with an awesome sitar player! 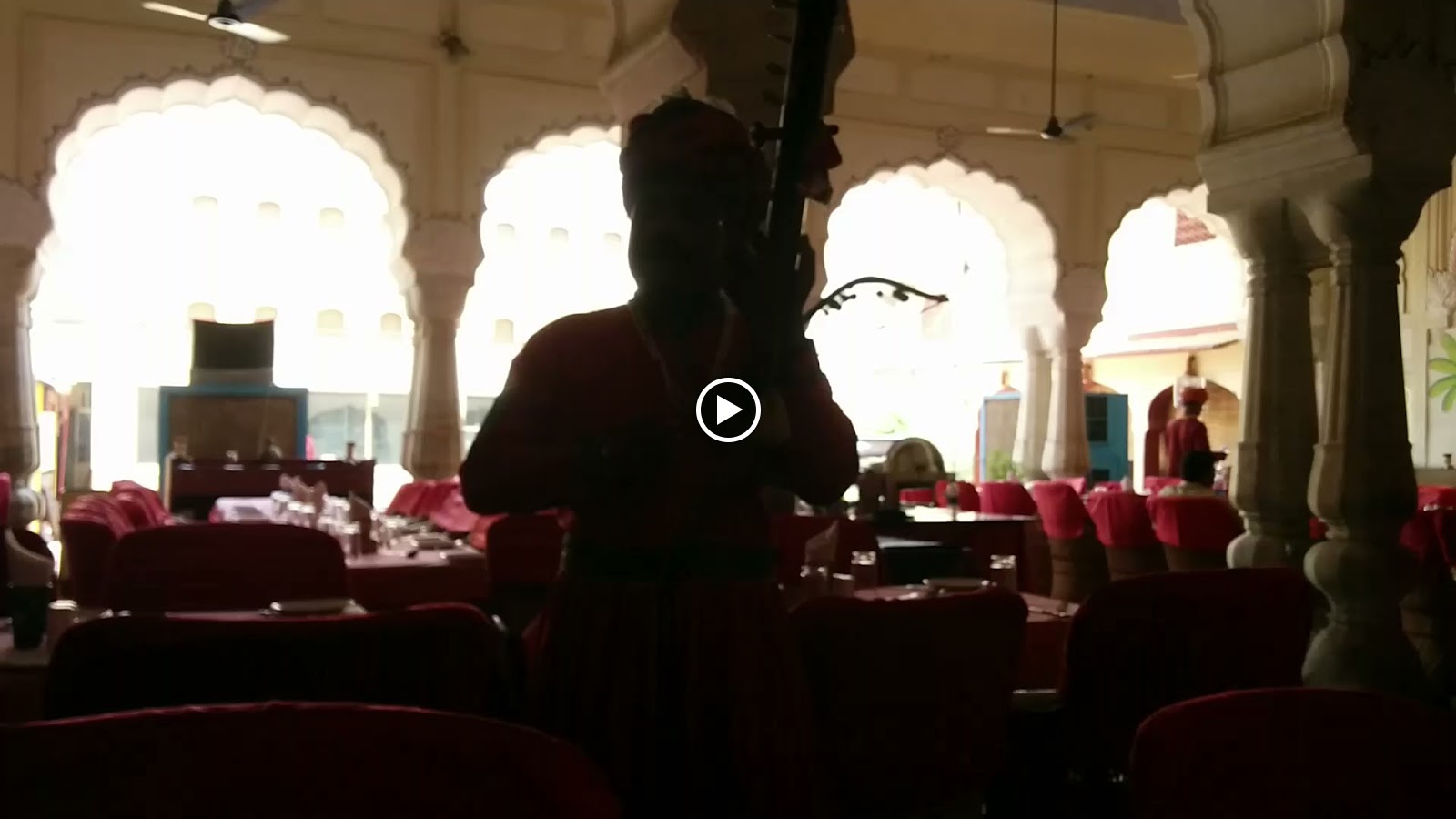 After lunch we went to the Jantar Mantar, our 8th UNESCO World Heritage site of our trip if your counting. The Jantar Mantar is an astronomical observatory built to precisely measure the time and seasons. 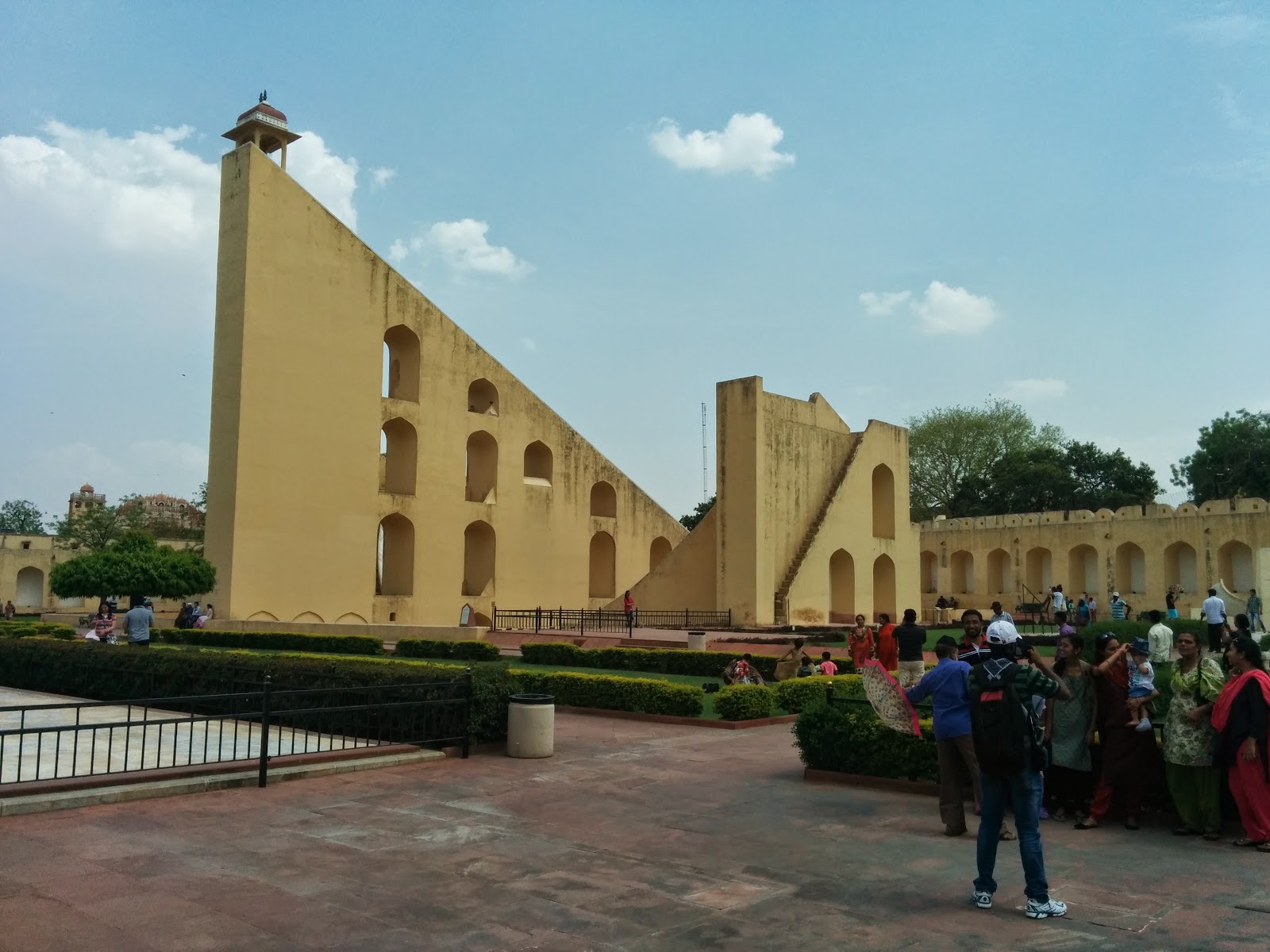 We finished off our touring of India with a tour of the City Palace where past kings and the current royal family still live. Jammie got her hand decorated with henna in the courtyard. 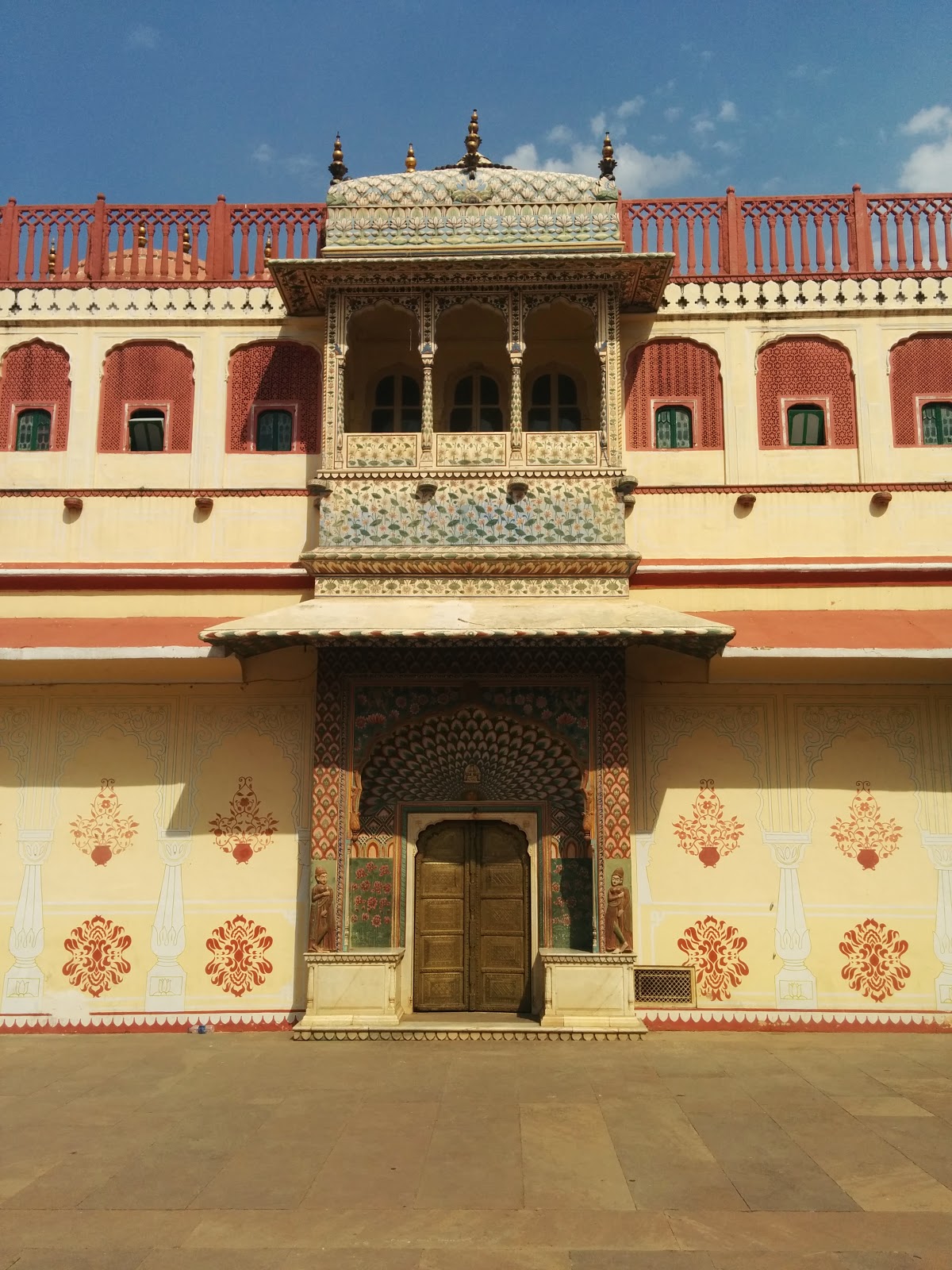 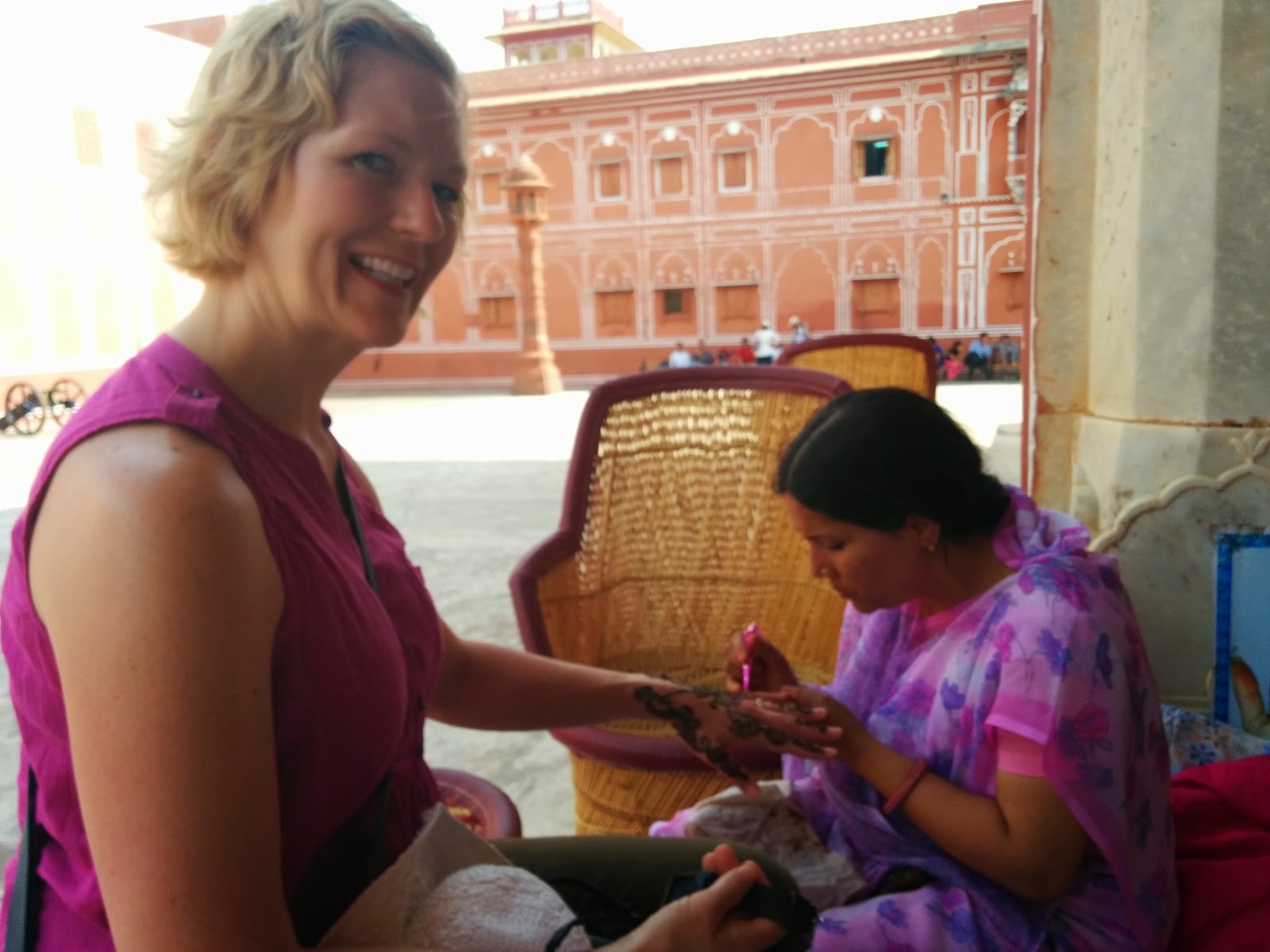 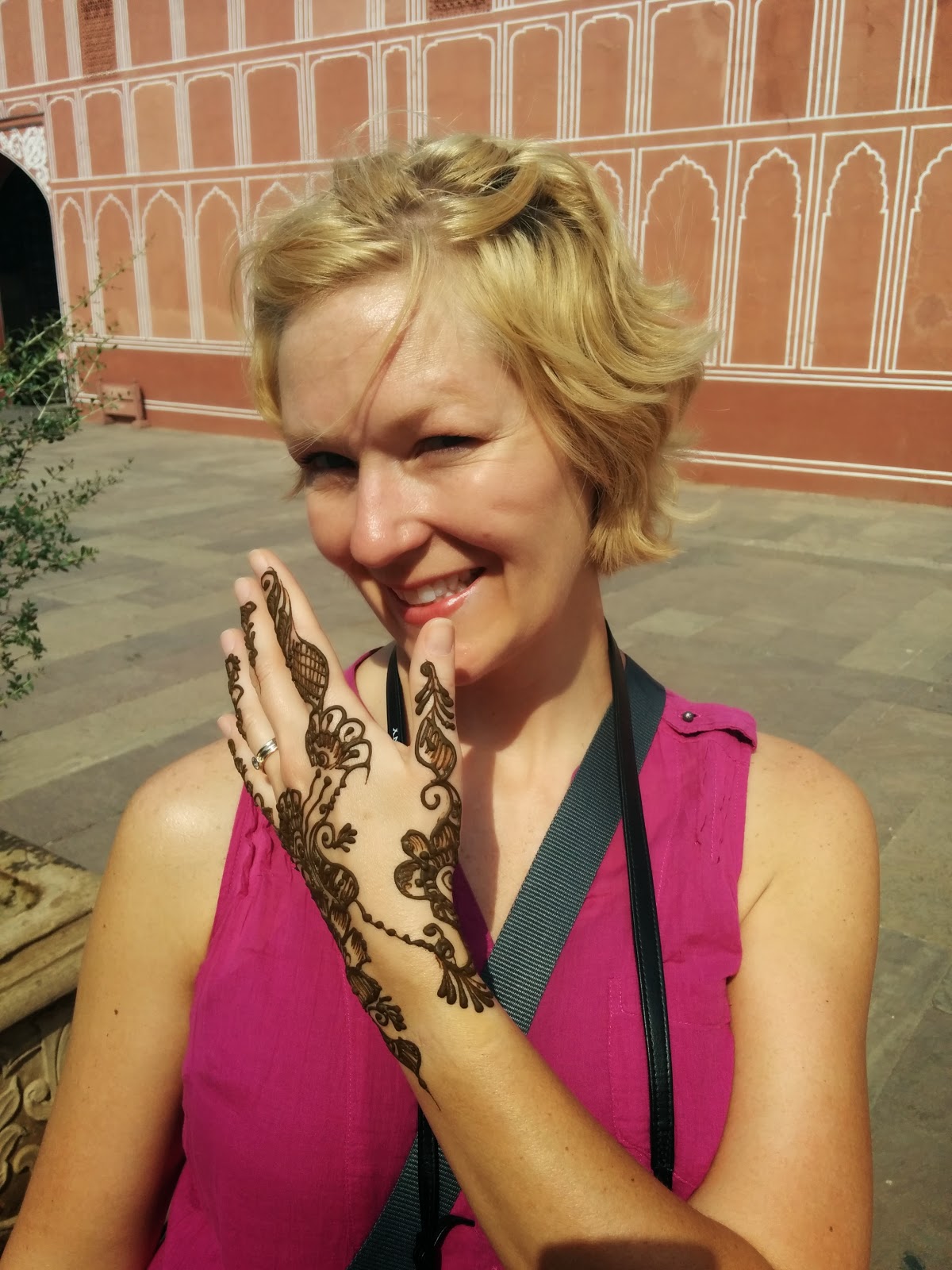 While touring the city palace we saw the museum of royal outfits. Among the royal outfits was the polo kits the King wore. In 1957 the Maharaja (King) of Jaipur led his team to victory in the World Cup of Polo. While we were unable to find a Cricket jersey the gift shop did have an awesome replica jersey from the 1957 World Cup. We'll take it!

Posted by Travels with Michael at 12:45 PM