It is a few days removed as I write these next few posts, but I'll try to capture the essence of the days as they happened. We woke up at 5am to go to the Mehtab Bagh to see the Taj Mahal during the morning sunrise. The Mehtab Bagh is the Moon Garden across the Yamuna River from the Taj Mahal. The garden itself is in relative disrepair, but still contains planted rows of ornamental trees and flowers that are beautiful. Looking across the river at the Taj Mahal is the real treasure though. 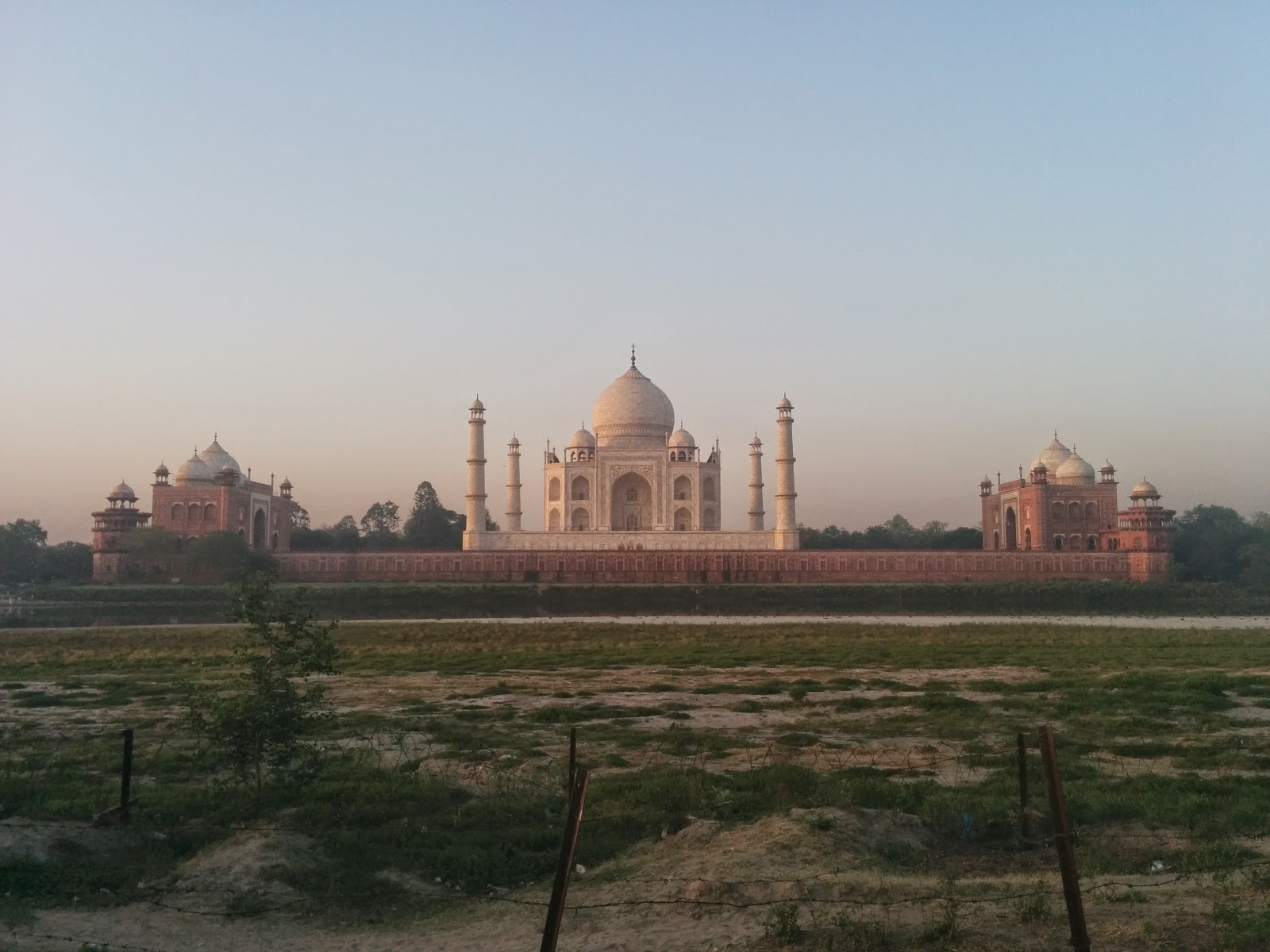 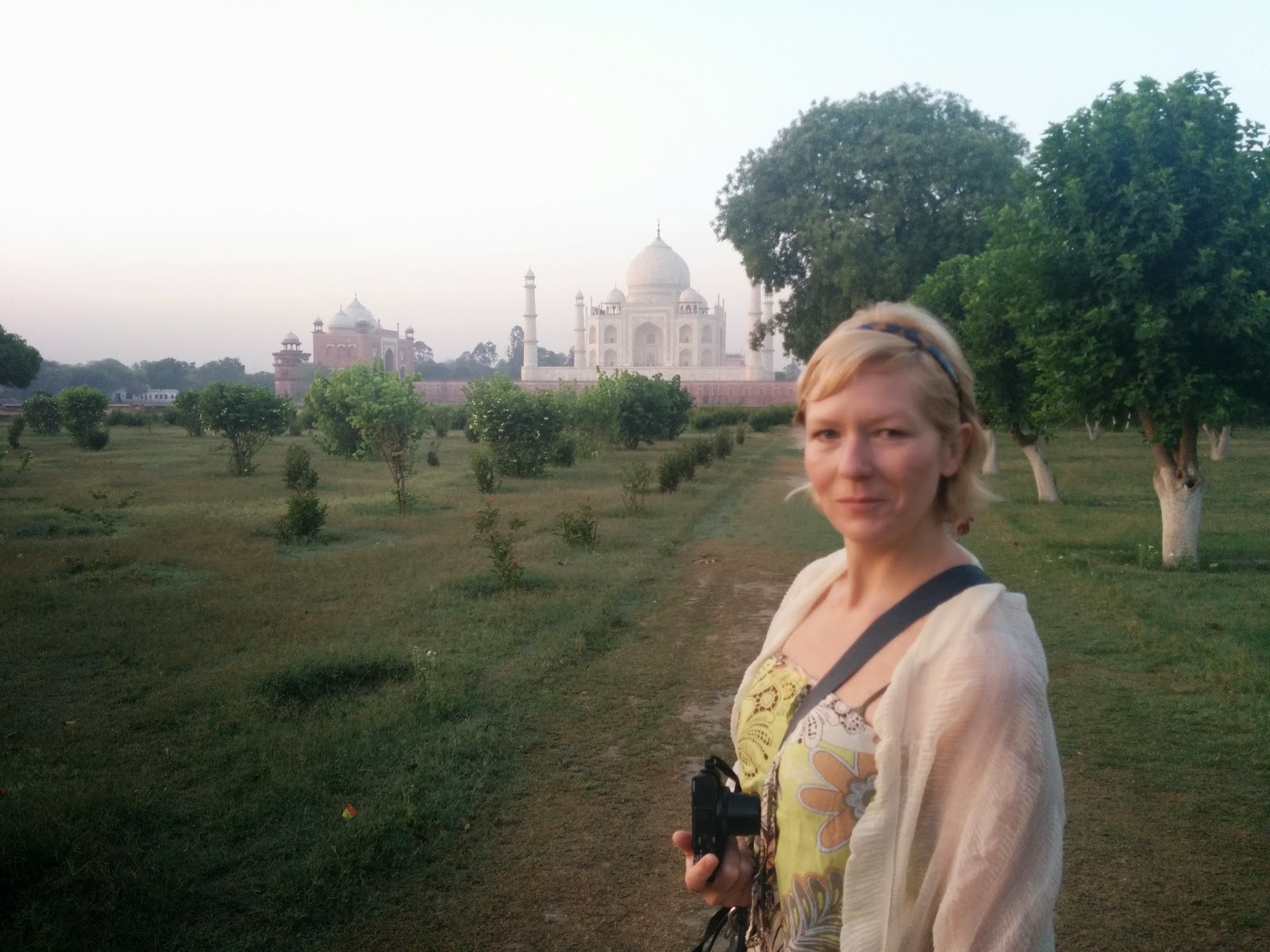 The sign posted at the gate says it all for India. The monuments throughout the country are spectacular! 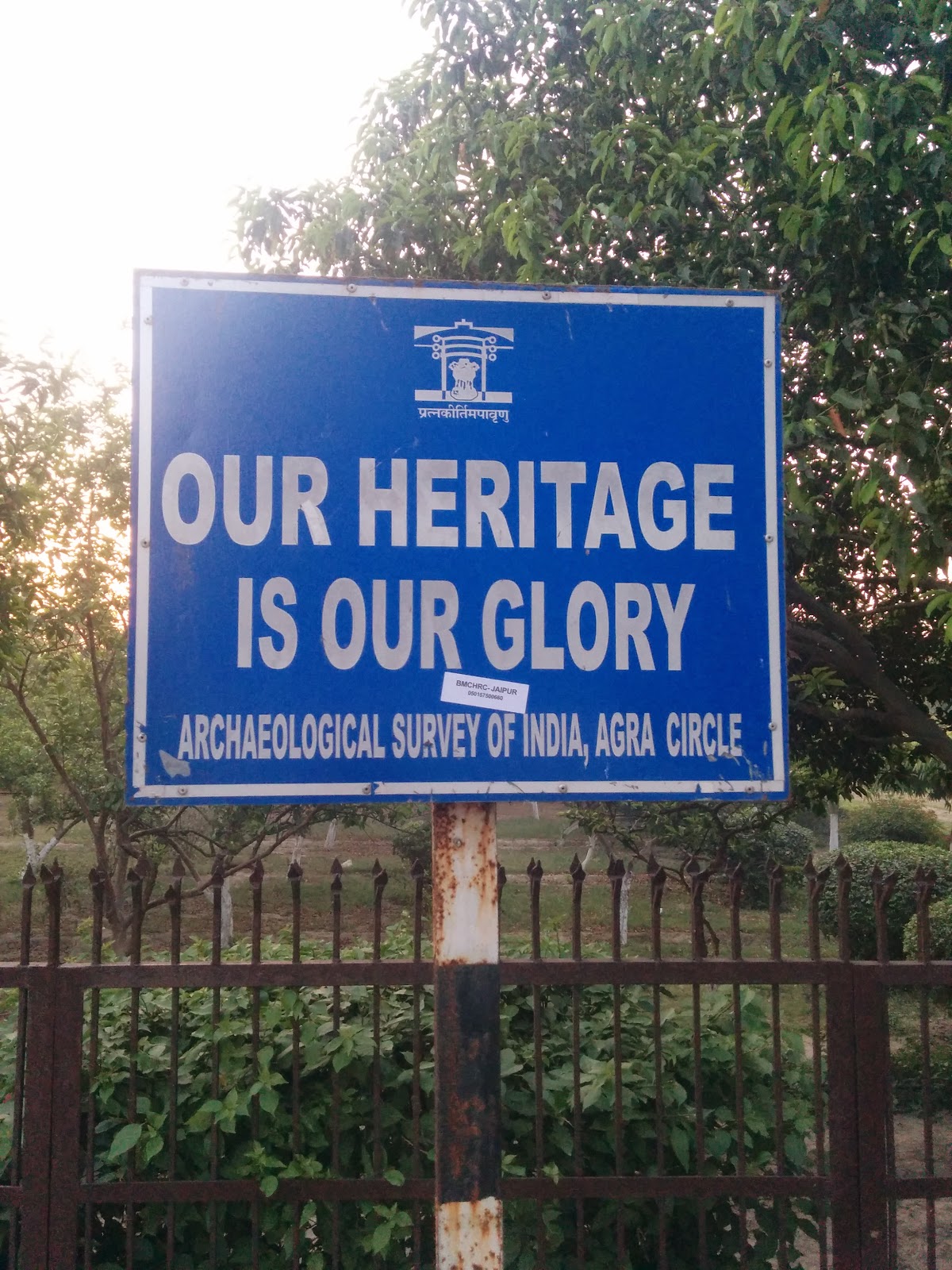 After our monring visit to the Taj Mahal we returned to our hotel for breakfast and packed up for the six hour drive to Jaipur. Driving in India, and thank Ganesh I wasn't driving, is always an adventure. There is so much to see and absorb that it never gets dull or boring and along the way we had a planned stop at Fatehpur Sikri, the capital built by Akbar the Great and used for only 12 short years. Today it is abandoned with a nearby town, the town our guide AK was born in, along side which is thirsty for water. The lack of reliable water is probably one of the reasons this city was abandoned, the other, as always was politics. You know water is in short supply when you start seeing camels on the road! 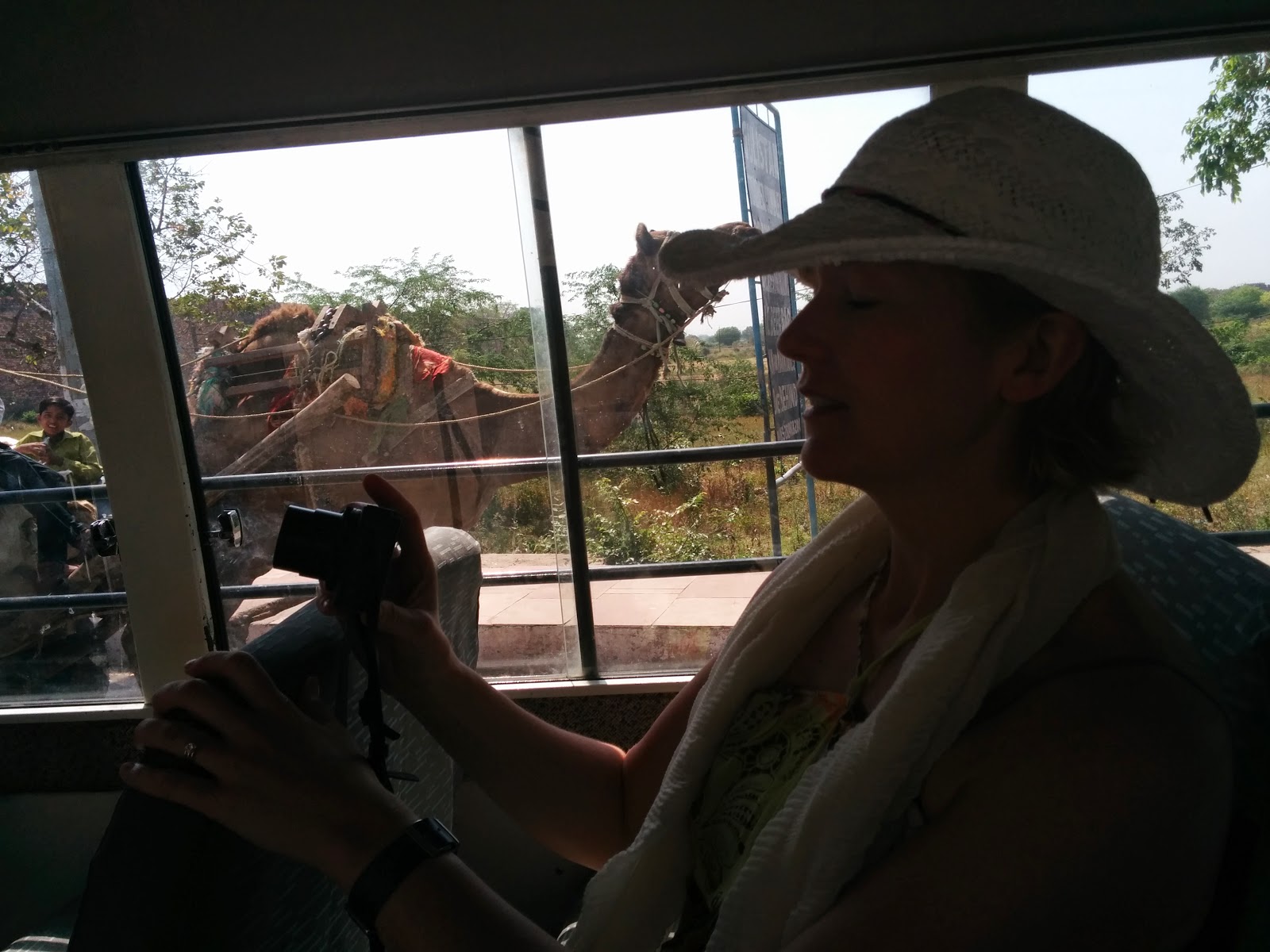 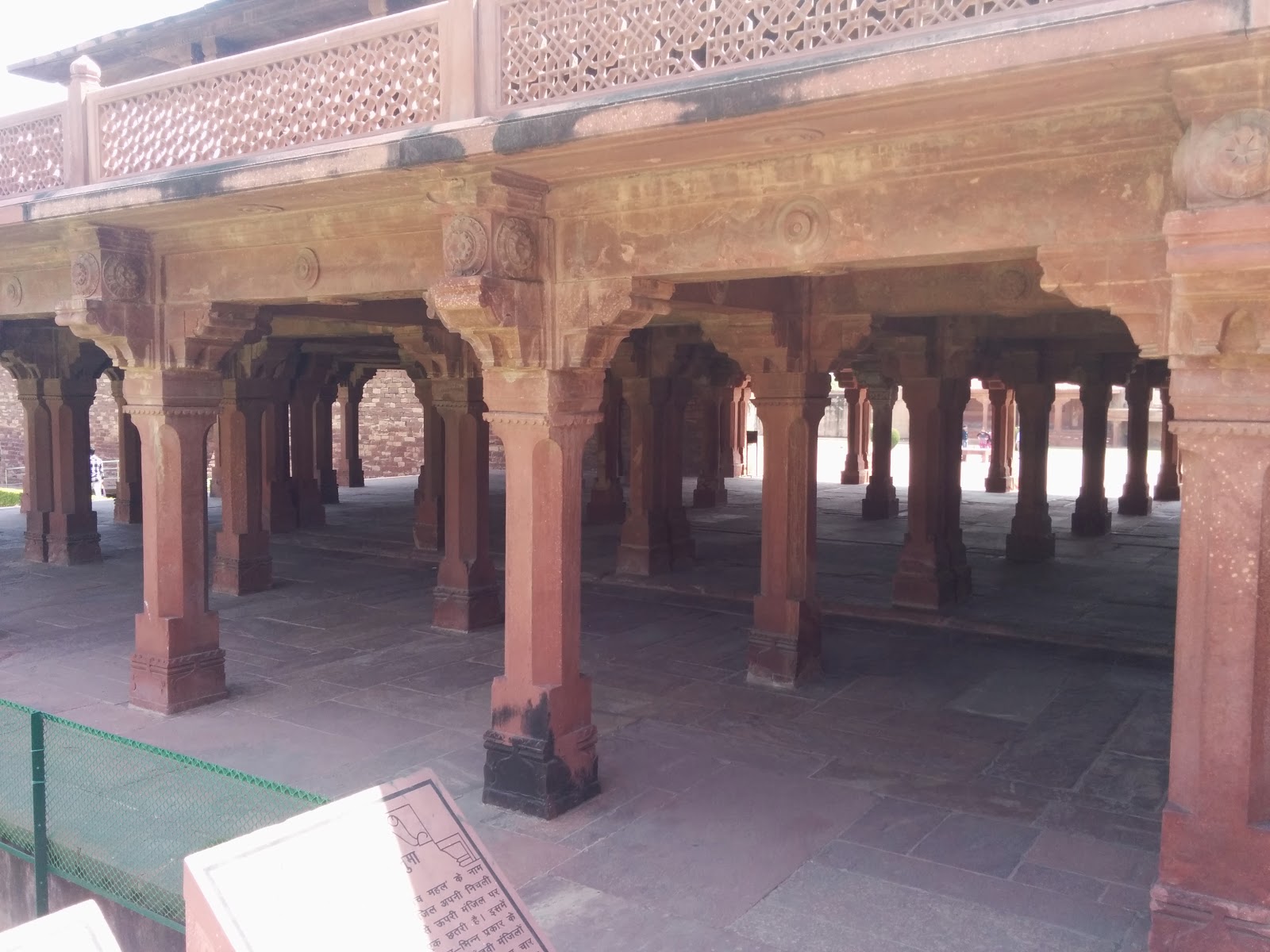 After Fatehpur Sikri we continued on our way to Jaipur the capital city of Rajastan. 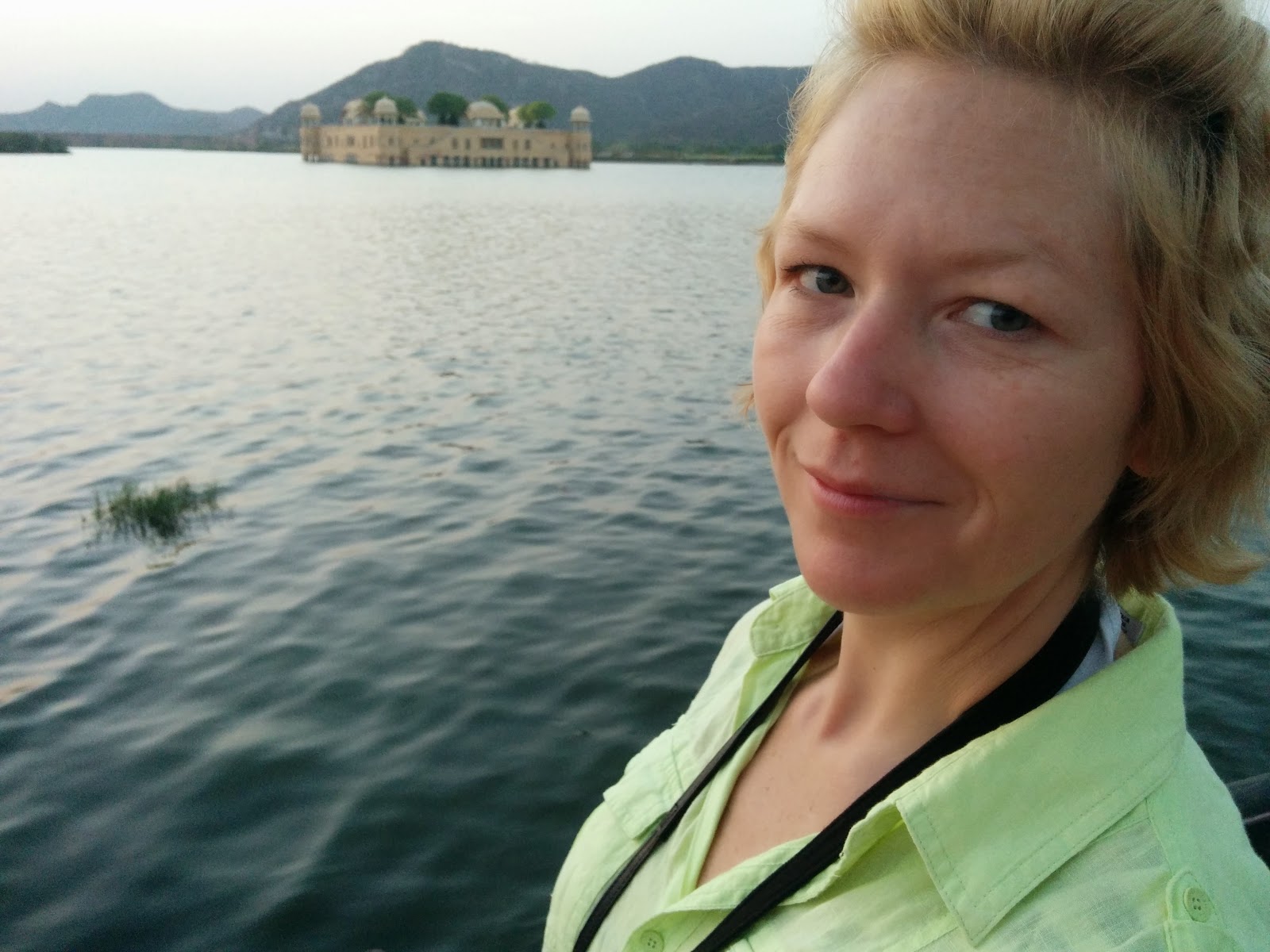 Our hotel in Jaipur is across the street from a lake that contains a palace in the middle of it. The view was amazing. There is a public rampart along the lake where people gather and stroll and feed the fish. Feeding of the animals like pigeons or fish is considered a good deed that will be rewarded, almost as an act of prayer. Next to our hotel there was an area were several camels were tied up and available for rent. I'm not sure I could keep my balance on the back of a camel so we didn't go for a ride. Also along the road elephants were coming home from working up at the Amber fort that we will be visiting tomorrow. Dinner in Jaipur was arranged for us by our tour company (Easy Tours of India) and included a cultural show of dance and song. Many of the other guests at the dinner were fuddy-duddies and wouldn't participate. Jammie and I tried out our best Bollywood moves! 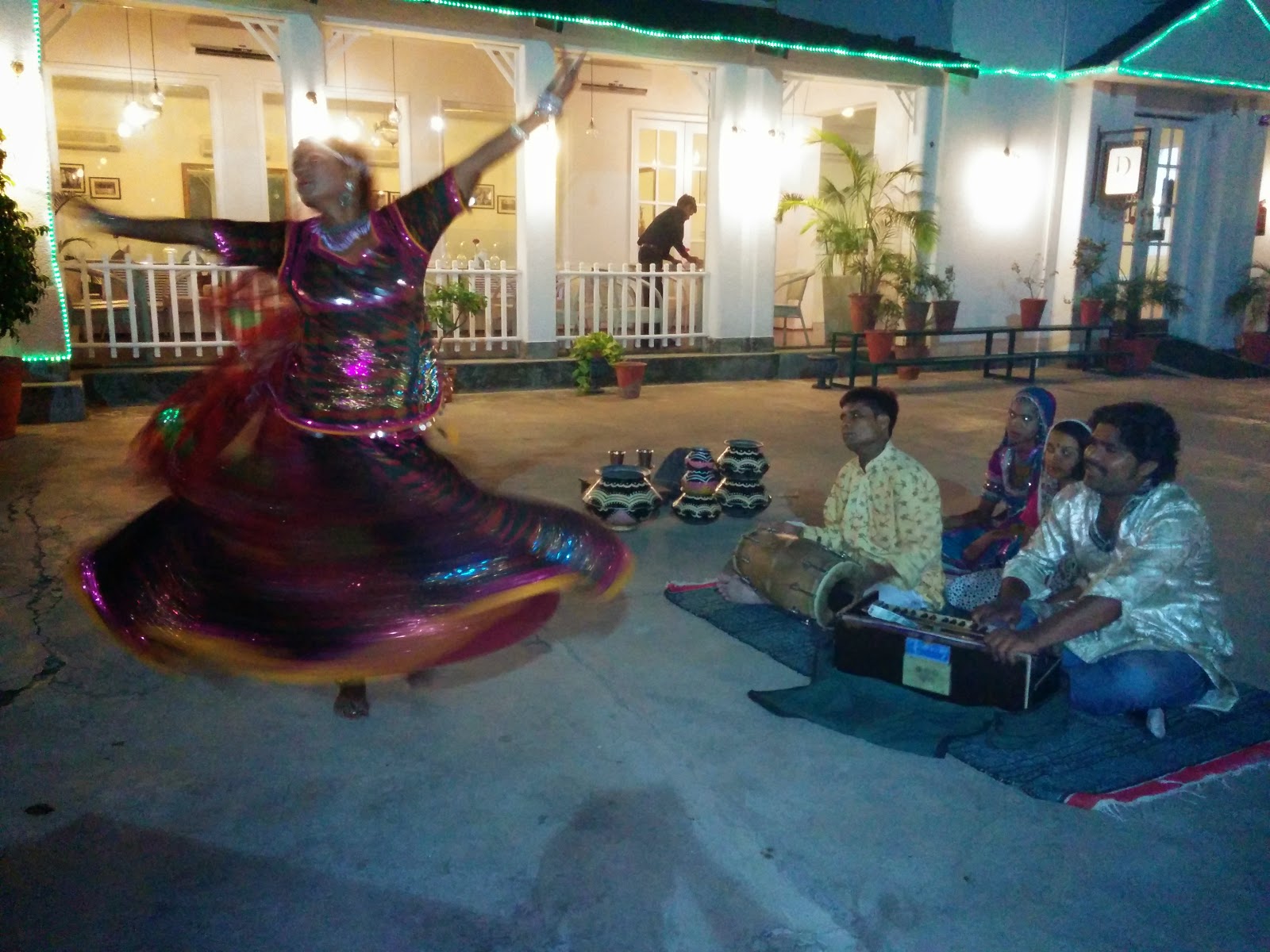 I guess this kind of counts as our last night in India, even though we have one more night to go in airports. Tomorrow we tour the city of Jaipur.

Posted by Travels with Michael at 10:11 AM